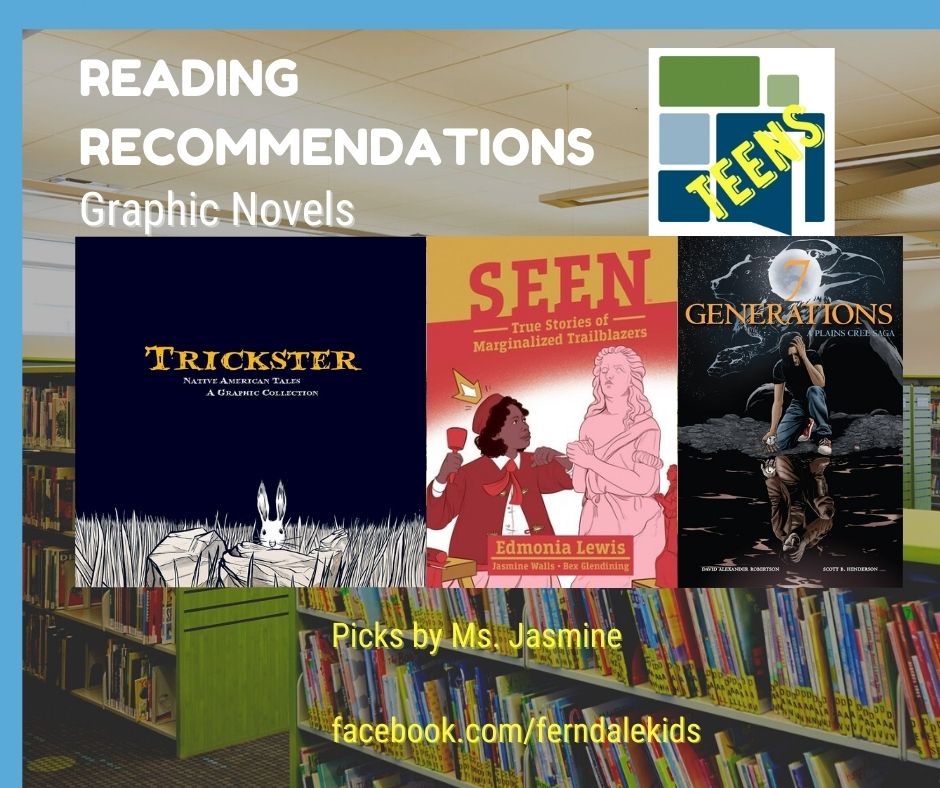 Here are a few recommendations for both young adult fiction and non-fiction with a Native American/Indigenous focus. What is rare and special about these stories is that they share the unique attributes of Native culture that exist beyond stereotypes and speak more to the beliefs and identities of those represented. 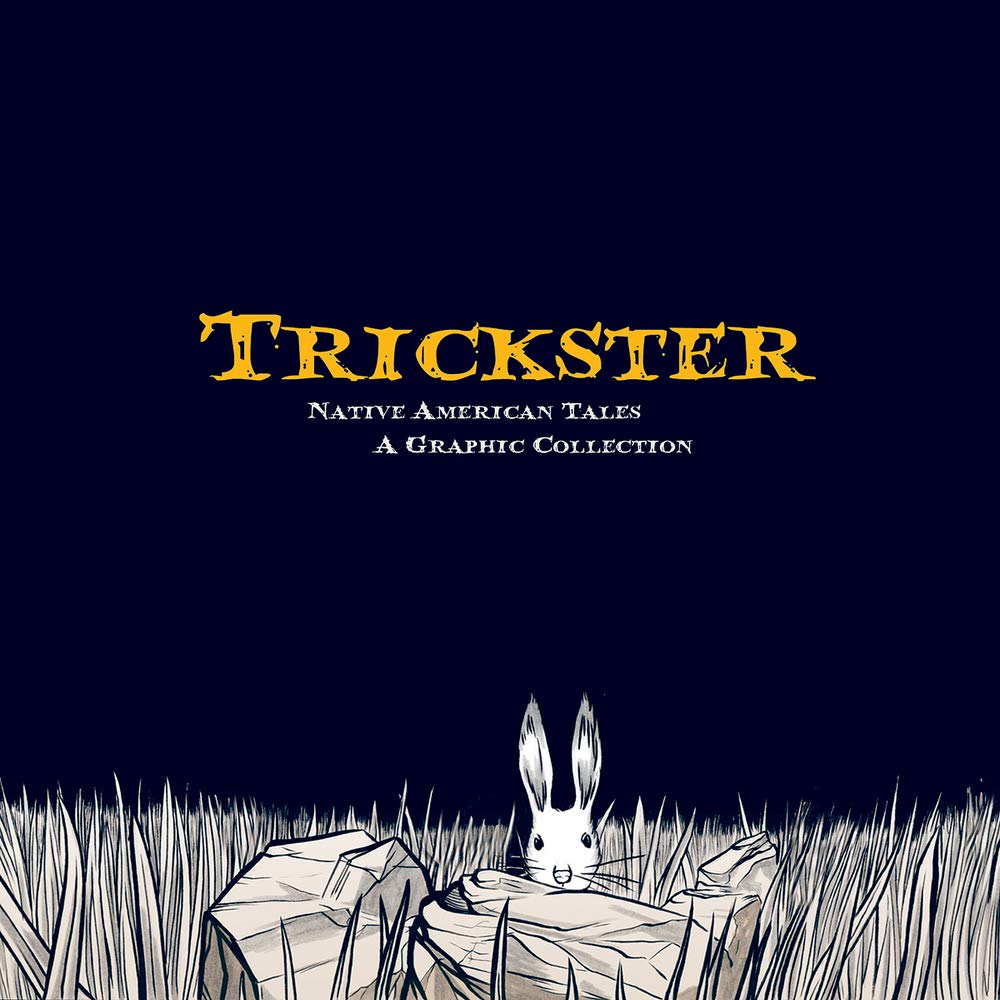 “Trickster: Native American Tales” a Graphic Novel Collection by Matt Dembicki
This is the first graphic anthology of Native American folklore and trickster tales adapted into comic form. A major benefit of Trickster being an anthology is that readers have a chance to choose what they want to read without needing to feel compelled to read the entire graphic novel from beginning to end. Trickster is a crafty creature or being who disrupts the order of things, often humiliating others and sometimes himself in the process. These Native American tales are rich with life lessons, humor, and portrayed beautifully through illustrations. A must-read. 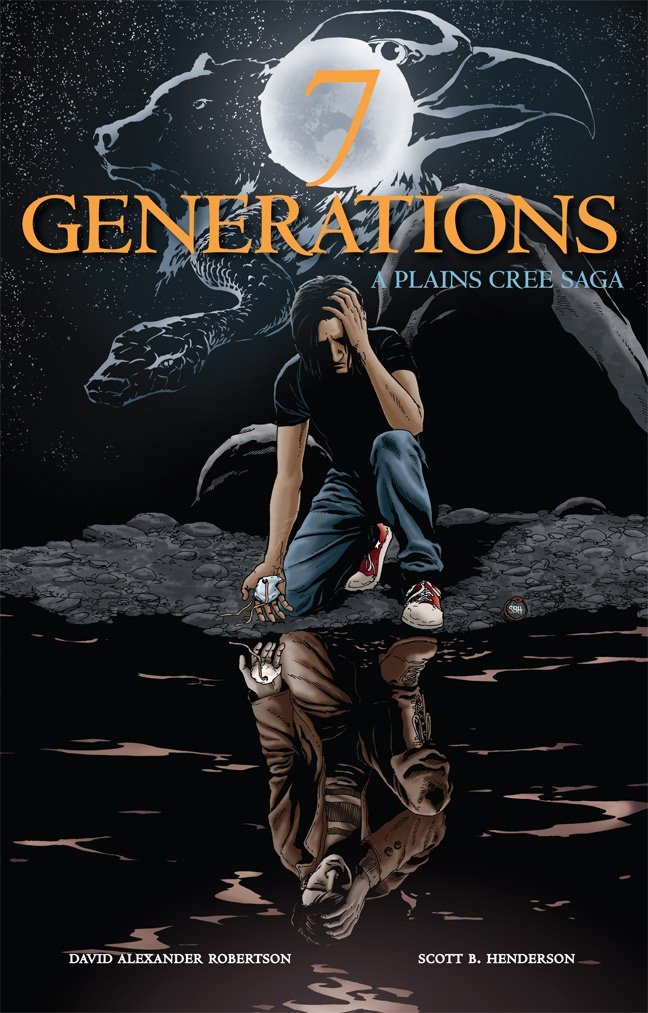 “7 Generations: A Plains Cree Saga” by David Robertson
Robertson does a superb job of his use of storytelling through this graphic novel. Readers who have struggled with depression or suicide may relate to the struggle of the main character. The power of this story lies in the author’s ability to explore past events with present-day events to better assess how the characters got where they are. Their trauma is heart-wrenching, but Robertson expertly blends the history of yesterday with today, in such an unapologetic way that readers may wisely consider how their choices today will influence the generations to come. 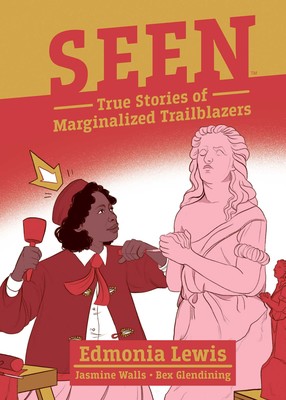 “Seen: True Stories of Marginalized Trailblazers - Edmonia Lewis” by Jasmine Walls
Based on a true story, Seen tells the story of American sculptor Edmonia Lewis, who was of Ojibwe, and Afro-Haitian descendant. She grew up learning how to make baskets and moccasins from her Ojibwe aunts who would later raise her and her brother after the death of their parents. As a woman of color, she refused to allow racism to disrupt her pursuit of education or sculpting. Eventually, Lewis would become a highly sought-after sculptor who created an astounding 3,015-pound solid marble sculpture depicting, and aptly named, The Death of Cleopatra. Walls’ bold writing helps readers learn who the sculptor was and where her passions existed. The graphic novel format also helps to usher the story along by keeping historical facts interesting yet succinct.