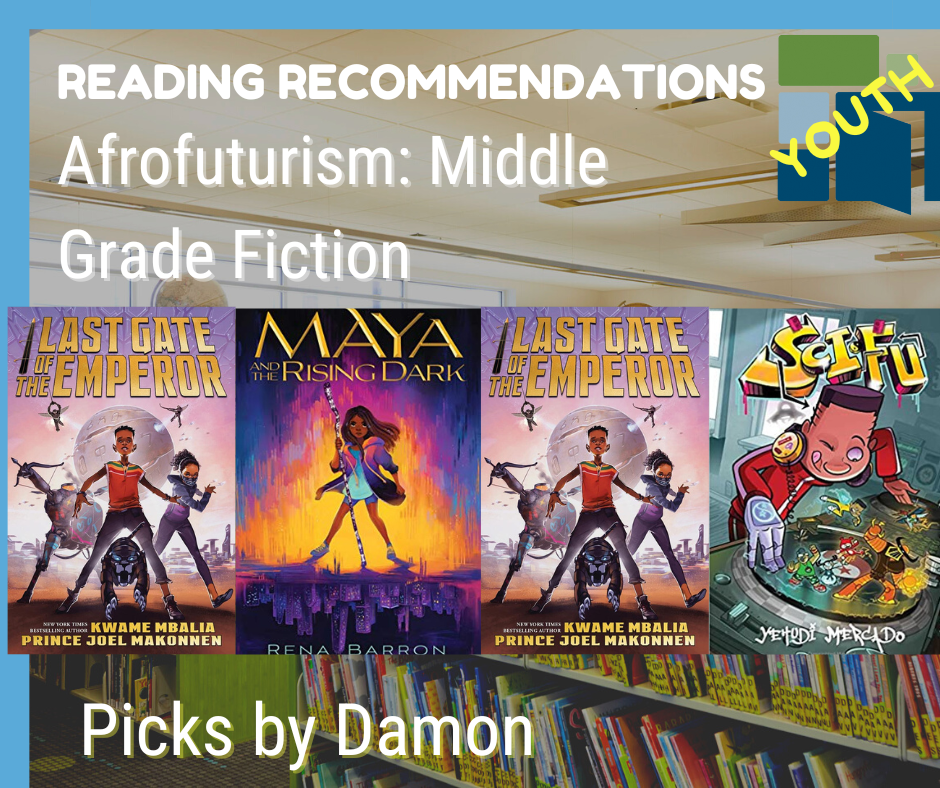 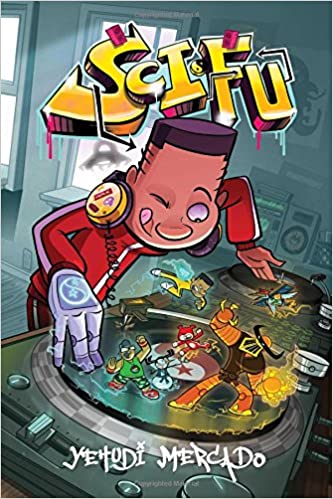 Sci-Fu Vol. 1 Kick it Off by Yehudi Mercado
Mix-master Wax accidentally summons a UFO with his perfect beats, only to learn he’s apparently a Sci-Fu master. What’s Sci-Fu, you ask? Only the coolest form of mixed martial arts that uses sound waves as weapons. If that wasn’t enough, a giant robot wants to kill Wax. Awesome! This delightful graphic novel is what happens when you mash up hip-hop, sci-fi, and kung fu. 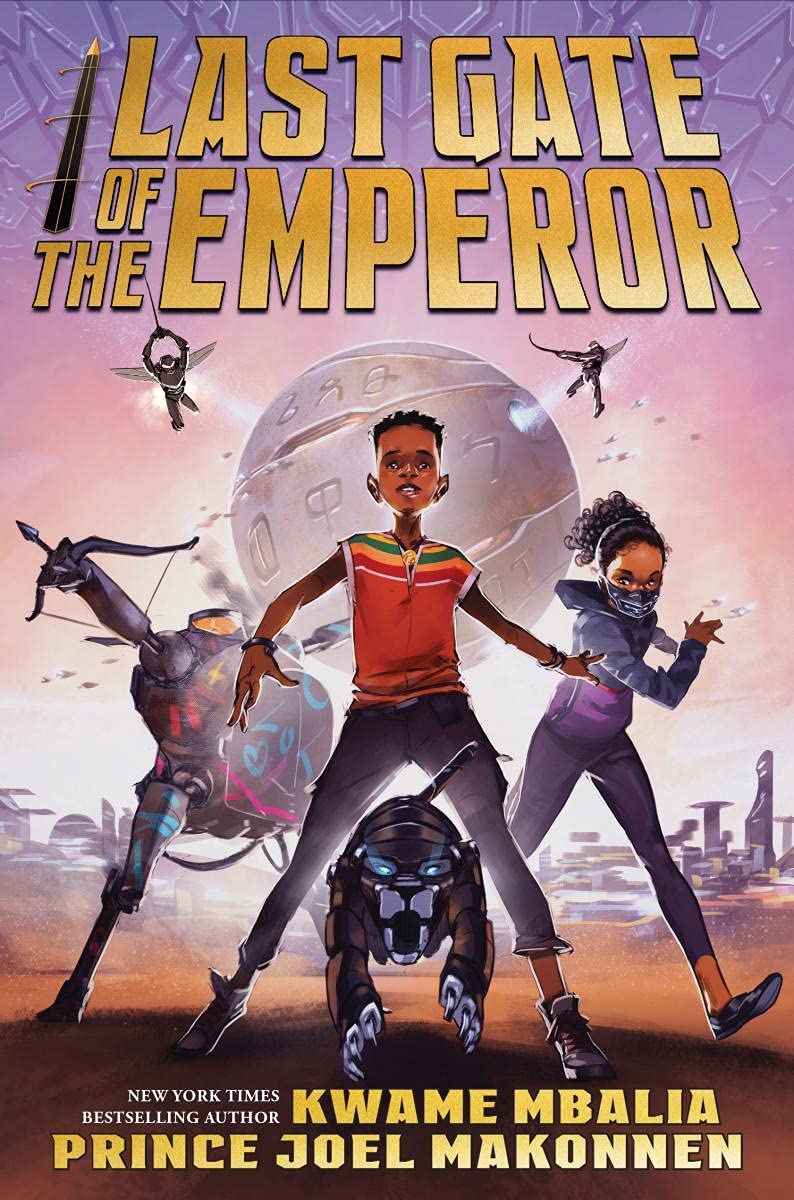 Last Gate of the Emperor by Kwame Mbalia and Prince Joel Makonnen
Twelve-year-old Yared lives with his Uncle Moti (and their bionic lioness Besa!) in the futuristic city of Addis Prime and loves ditching his schoolwork to log on to the underground augmented reality game, The Hunt for Kaleb’s Obelisk. When a rule change requires players to log in with their real names, Yared inadvertently triggers an attack against his city, and his uncle mysteriously disappears. Can he and Besa, along with in-game rival the Ibis, find answers to what is shaping up to be a galaxy-sized war? 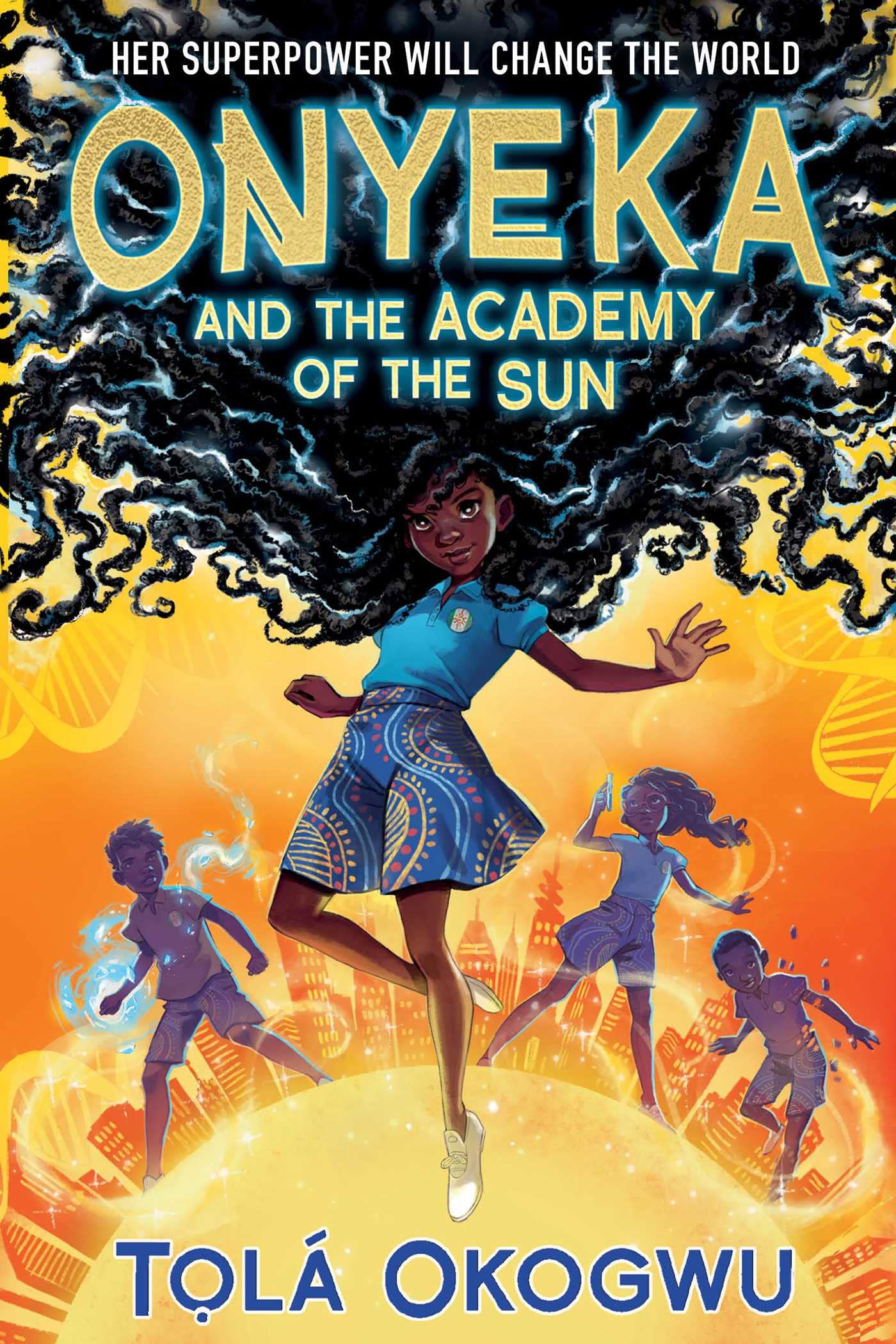 Onyeka and the Academy of the Sun by Tolá Okogwu
Onyeka has always been self-conscious about her big, curly hair until one day it takes on a life of its own and saves her friend from drowning. While Onyeka had no idea this could happen, her mother is unsurprised and explains that this means Onyeka is a Solari, a secret group of people with super powers in Nigeria. Journey with her as she learns to control her powers–and maybe, hopefully stop a catastrophe?–along with others like her at the Academy of the Sun. 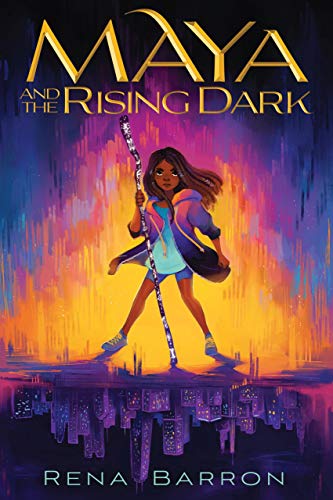 Maya and the Rising Dark by Rena Barron
While this read technically ventures more into West African fantasy rather than Afrofuturism, I firmly believe it belongs on this list. Set in a South Side Chicago neighborhood, twelve-year-old Maya sees things the others don’t, like werehyenas and a creepy shadow man. When her father goes missing, she must discover the secrets of her ancestry that give her these special powers, and protect the world from the evil Lord of Shadows who wants to destroy it.